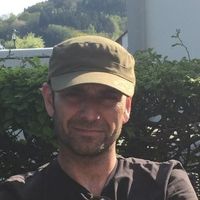 As a millennial, it is difficult to recall a technological invention that has caused any such lure (well yes, maybe Pokemon GO, but that is a different kind of hype).

Much is being said about the virtues of this immutable source of truth and its possible applications. Within the realm of Intellectual Property, there already exist several initiatives geared towards the registration of rights, the protection of supply chains, the safeguard of trade and business secrets, etc.  We want to pay special attention to those solutions for the monitoring, administration and remuneration of authors for the use of their works in the online world.

Some of these initiatives even claim to pose a real challenge to the current institutional set-up, where collecting societies are at the very core. Whereas a technological shift might appear feasible, there are still some obstacles that need to be overcome. To mention a few concerns, there are issues regarding the applicable laws and questions of jurisdiction, about the inter-interoperability of blockchain solutions and lack of standardisation, but also as to the creation of digital identities and the parties validating additions to the chain.

It is precisely in this last regard that the current copyright system is likely to collide with the purported benefits of blockchain. Indeed, in the event that one (or more) of the aforementioned copyright remuneration solutions grow sufficiently as to compromise the stability of the network effects upon which collecting societies operate, they could be pushed to alter and expand their roles and functions and place themselves as the suitable agents to be tasked with the validation and addition of new blocks.

As a general rule, collecting societies have negated the possibilities of administering rights out of the boundaries of the orthodox praxis they work under. However, the recent “liberalisation” of collective administration of rights in the European Union, has opened the door to new formulas endorsed by Independent Management Entities.

In this vein, the appearance of new players that places the use of Blockchain as its comparative advantage, is noteworthy. But how long until traditional collecting societies fully embrace the blockchain and make use of their dominant position to leverage the growing market of online rights administration? Some steps are being taken, and the “do not fight them, join them” is a reasonable and probable outcome.

Beyond the question of rights administration, is questionable that this (still) new technology will make authorship litigation less likely, or at least that that is a desirable outcome. Let us remember that a work is subject to copyright protection if it is original, meaning that the author has undertaken free and creative choices for the capture and expression of his idea. No other requirement exists for protection, and any such condition would run against Article 5(2) of the Berne Convention.

Thus, asserting that blockchain will once and for all resolve the controversies of copyright administration is naïve. A lot of common sense should be factored in the equation and, undoubtedly, the years to come will be full of private pressure and of public legislative action in this field.

I do not want to finish these lines without wondering if the fears of an old professor of mine will come true: If all the artistic work ends up being added to the internet through, for instance, blockchain, and it is possible to identify the degree of similarity of a new piece of work against the whole existing human creation…would any new work merit copyright protection?

No doubt the times, they are a-changin', but are they changing that quickly?

"If all the artistic work ends up being added to the internet through, for instance, blockchain, and it is possible to identify the degree of similarity of a new piece of work against the whole existing human creation…would any new work merit copyright protection?"

HR Department and the Handling of uncertainty
Malak Adouch

DrupalCon Global 2020 - Come for the software, stay for the community
Montaña Franco

BIOMETRICS TO ADAPT TO THE ‘NEW NORMAL’
Anonymous