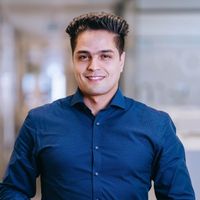 Ever since this field was coined and defined in the 1950's, Artificial Intelligence never stopped evolving through academic research to serve the greater cause of providing humankind with the ability to automate most of their daily tasks through a human-like cognitively capable computer. This evolution has touched upon a plethora of fields and most notably the automotive one. This recent popularity of the AI field in automotive market is directly linked with the humongous amounts of data that we have available today.

The autonomous car driving market is expected to reach the value of $11k million by 2025, which surged the adoption and installation rate of AI-based systems in new cars by 109% in 2025. Autonomous AI-powered systems are being standard mainly in two categories:

Behind this revolutionary digital offering sits the newly advanced Deep Learning field with its artificial neural networks, which is derived mainly from Machine Learning to solve most of the unsupervised computer vision, speech recognition and motion detection mimicking in essence the biological human neural networks.

But how does AI function in autonomous vehicles? 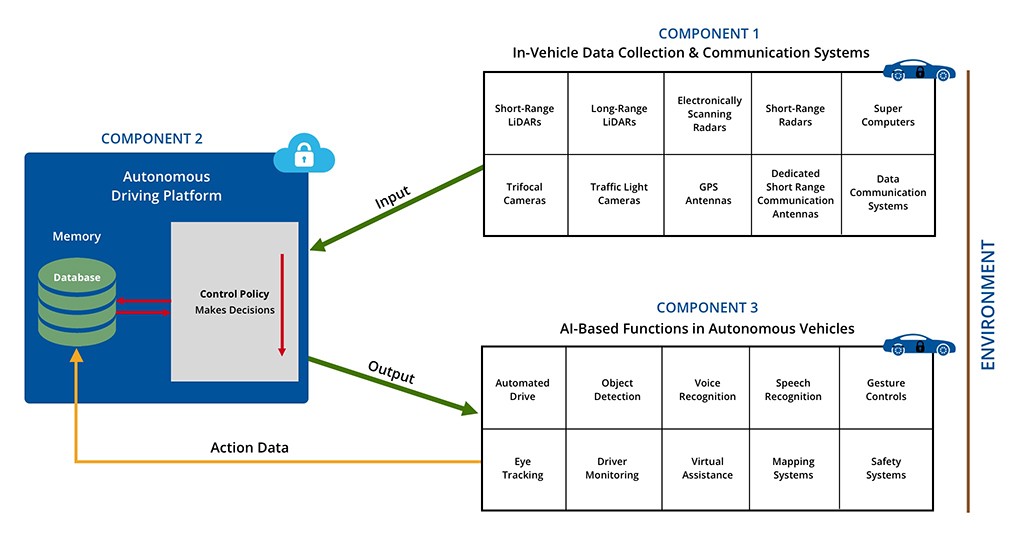 This local in-vehicle component is responsible for digital sensorium data gathering generated by the numerous sensors, cameras and motion detection components installed in the vehicle, processes and securely communicates these valuable data to the second component.

This component is mainly hosted in the cloud, in order to take advantage of its super powers at the fraction of price, contains an intelligent agent which makes use of advanced AI and deep learning algorithms to make sound decisions. This component is the brain of the autonomous vehicle, and stores all of its driving experiences in a cloud-hosted database.

Informed by the decisions taken by the intelligent agent, this component is responsible for executing the real-time communications and decision inputs to allow the vehicle to maneuver through traffic without human intervention.

Ultimately, these 3 components form a data loop through which the autonomous car perceive and learn in every subsequent repetition how to better handle complex driving situations.

The recent level that we have reached and tested well in autonomous driving is level 4, which represents high automation and level 5 which represents complete automation is not that far away from its materialization. Now, how our society, government, and urban planners will adopt and act on this ever evolving field of autonomous driving is a question for another time. 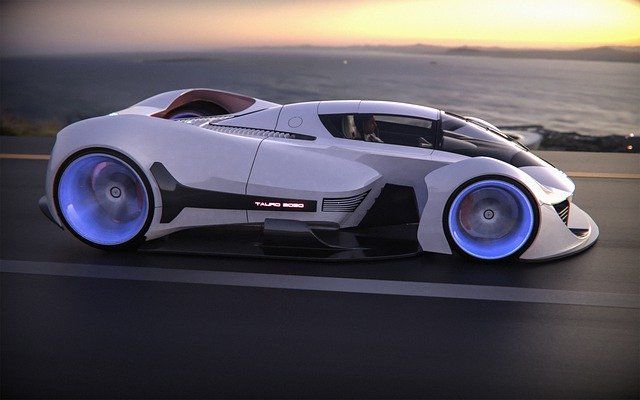 Lakehouse: The Paradigm Shift that Allows the Move from BI to AI
Hosni Akremi

Are you ready for an exponentially evolving digital society?
Carlos Pons

Data as a renewable resource: a change of perspective
Catarina Arnaut
repost  cancel